by Voice of Doom 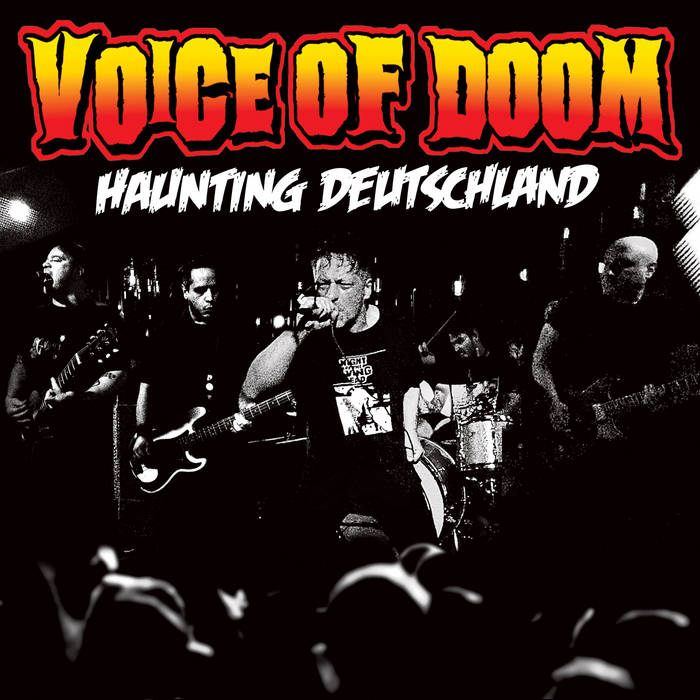 In 2016 Voice of Doom's comeback CD, VOD III was reissued by Ungetum Records in Germany. The comeback of the 1980's band had a slight impact on the USA, but overseas ears directly pointed at this country found the band's sound and themes exciting. It was what Heinz Gerhard, the owner of the label, had been looking for to launch his new collective of bands.

As a partnership with Pyrrhic Victory Recordings, Gerhard reissued the CD with some track additions and subtractions to make it not only different but diverse from the original 2014 release. After working out the logistics, in May of 2017 VOD set out for Germany for two shows produced and promoted by Gerhard to bring the band to the waiting audiences that had discovered the band. Although the clubs were somewhat prehistoric in their venue, Gerhard arranged for state of the art recording equipment brought in to document the rare performances, and now VOD, PVR and Ungetum proudly bring you the live performances from those shows.

All songs written by Voice of Doom except #7 written by Glenn Danzig.

Bandcamp Daily  your guide to the world of Bandcamp

Cannibal Corpse's George "Corpsegrinder" Fisher stops by for an interview